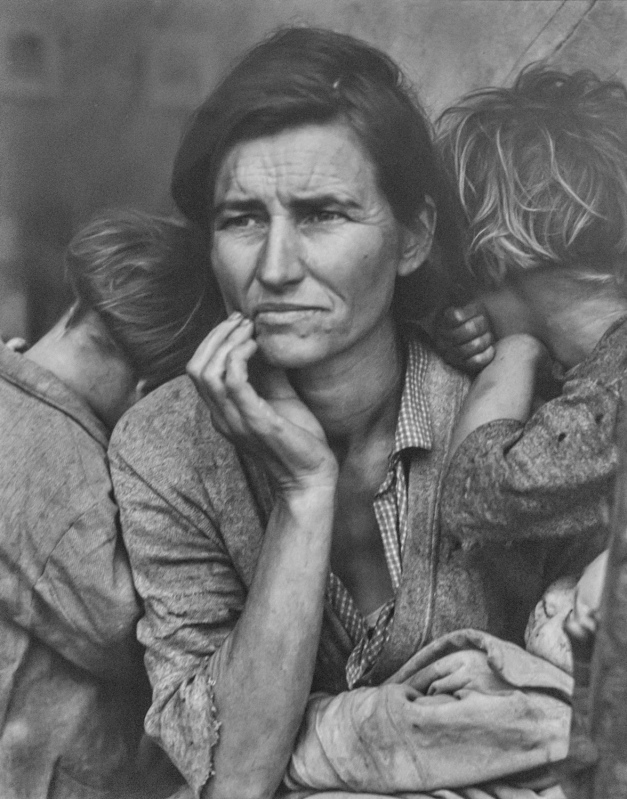 Dorothea Lange began as a professional portrait photographer in the early 1920s. The social calamity of the Depression prodded her to leave the studio to document the nation’s dispossessed. In her work for the Farm Security Administration in 1936, she recorded this migrant pea-picker, 32-year-old Florence Thompson, with three of her children. Lange had the uncanny ability to see people as both individuals and as representative types: to recognize the iconic in the ordinary. Lange’s migrant mother becomes a symbol of both strife and fortitude in the face of adversity, suggesting the condition of millions of her fellow Americans.

7 comments on “Dignity vs Despair”