Still Life with Cat and Fish 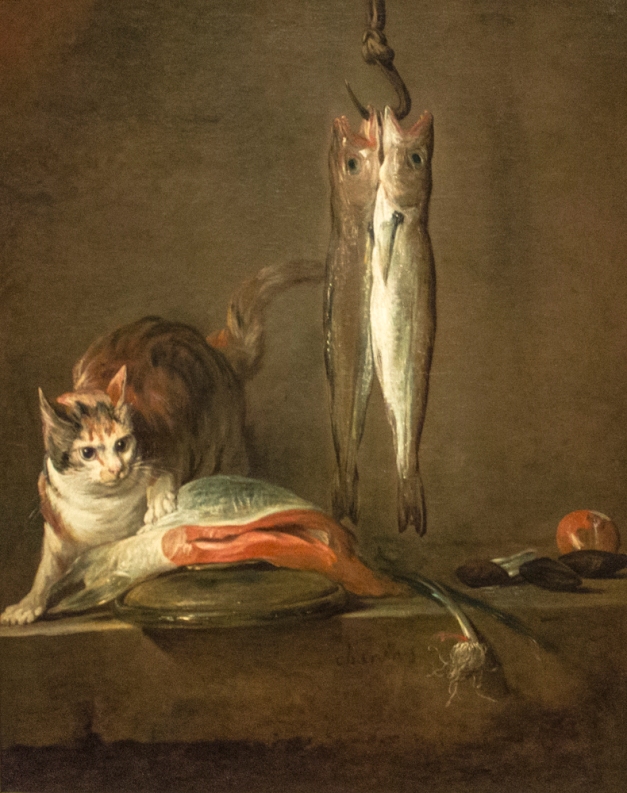 “On a brown stone ledge in lower foreground are placed an overturned shallow pottery bowl with a large piece of cut fish lying on top; at left, a calico cat placing its front left paw on the fish; at right, two scallions, three mussels, and a piece of fruit; suspended above the ledge, right of center, hang two hake; all are set against a brown wall.”  🐈

12 comments on “Still Life with Cat and Fish”