“The mona monkey (Cercopithecus mona) is an Old World monkey that lives in western Africa between Ghana and Cameroon. The mona monkey can also be found on the island of Grenada as it was transported to the island aboard slave ships headed to the New World during the 18th century. This guenon lives in groups of up to thirty-five in forests. It mainly feeds on fruit, but sometimes eats insects and leaves.” 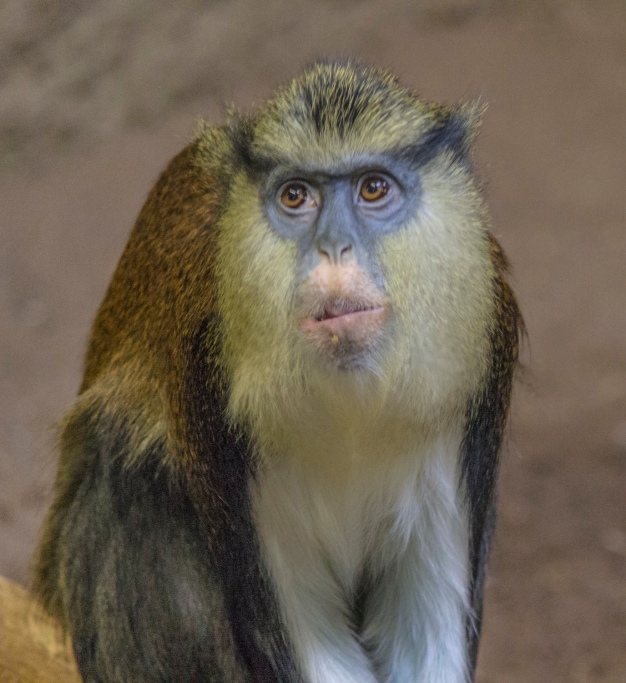 Monkeys are superior to men in this: when a monkey looks into a mirror, he sees a monkey.
– Malcolm de Chazal