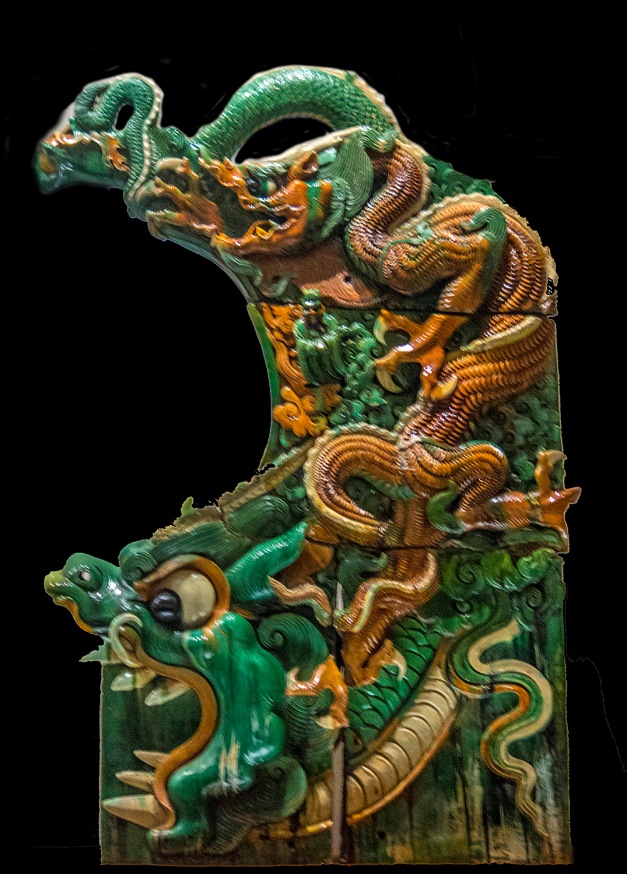 “The dragon-form roof tile is comprised of four sections with high relief details. On either side of the tile there is a larger, green glazed dragon; a smaller, amber dragon; curly clouds filling up the space between the dragons; and a miniature figure under the head of the amber dragon. The larger dragon is biting the roof ridge with wide-open jaws and its winding tail turns upward. The smaller dragon writhes amidst clouds in the opposite direction of the larger one. The intertwined dragons form a shape similar to a half moon.

Comprised of four sections well modeled in high, crisp relief as two ferocious dragons writhing admist clouds, the larger green-glazed dragon descending with jaws wide open as the smaller amber-glazed dragon with supple, slithering body ascends as it reachs for the flaming pearl tightly grasped in the other’s extended rear claw, with the small figure of a bearded immortal standing admist the clouds just below the amber dragon’s head, the reverse modeled with the body of the green dragon only, all in green, amber, cream and black.” — Nelson-Atkins Museum of Art 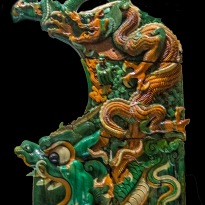 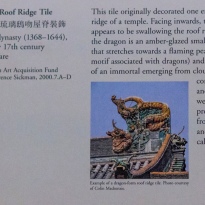