“Orchids were once called “ballocks stones” (ballock’s-grass is an old name for various sorts of wild orchids), “dogstones”, and similar names because their tubers (roots) resemble human testicles. The name “orchid” derives from orchis, the Greek for “testicle”. The Latin form orchis was taken by botanists of the 16th and 17th centuries as the basis for the plant’s scientific name.

Orchid came into English about 1845, borrowed from New Latin Orchideae, Orchidaceae, the plant’s family name, and was assigned by Linnaeus in 1751, from orchid-, erroneously assumed as the stem of Latin orchis.

The resemblance of orchid roots to “testicles” more than 2 000 years ago led to the mistaken belief that orchids possess aphrodisiac properties. The identity of the true male orchis of the Greeks and Romans has never been established. Mystery still surrounds this magic plant whose root was dissolved in goat’s milk by the ancients. One drink of this solution, wrote one incredulous historian, and a man could perform sex as many as 70 consecutive times.

Orchis is supposed to have been the main ingredient of satyrion, the love food of those lecherous satyrs of Greek mythology. The orchid, the Turkish orchis morio, the truffle, the mandrake, and several other plants have been credited with being the male orchis (aphrodisiac) of the ancients, but the true identity of satyrion is probably lost for all time; unless you count ™Viagra as its replacement.” [source] 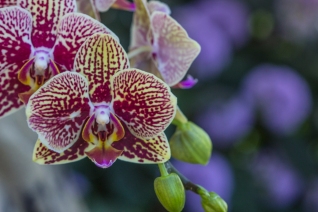 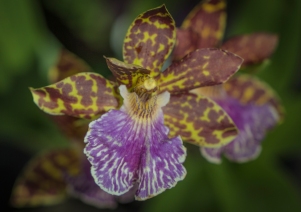