WPC: Against the Odds

The glacier has recently come to the forefront of the international debate on global warming. The US Forest Service, which manages the Mendenhall Glacier, says “because glaciers are a product of climate, they respond to climate change.”The Mendenhall glacier has been in retreat since the end of the Little Ice Age in the 1700s. In a joint article for the Juneau Empire Geologist Cathy Connor and Geophysicist Roman Motyka, both professors of the University of Alaska said “climatic warming coupled with ice loss through iceberg calving are the reasons the Mendenhall Glacier is retreating and shrinking.” It is expected the glacier face will soon pull out of the lake. * Source: Wikipedia 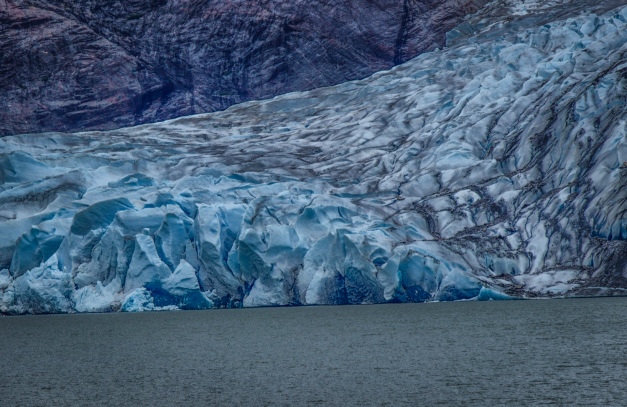 The retreat of the Mendenhall Glacier and other glaciers in the area is believed by some to be a result of broader retreat and breakup of the Juneau Icefield. The Juneau Icefield is the fifth largest icefield in North America. For many populations near glacial areas these glaciers are a source of fresh drinking water. Once these glaciers are gone the people relying on this fresh water will be out of their familiar fresh water source. For example, Anchorage is one of the most populated cities in Alaska and many people in this city rely on the Eklutna glacier for their freshwater. If the recession of this glacier continues they will be out of their main source of water.*

Although there are many negative effects of the recession of the Mendenhall Glacier and glaciers in general, there are also a few positive outcomes from it as well. With the retreat of the Mendenhall Glacier, the Mendenhall Lake has formed. The lake is a result of the run-off from the glacier and is increasing in size as the glacier continues to retreat. The lake began formation in 1929 and has continued to grow since then. The lake has its own unique ecosystem and is a nursery for a variety of fish including several type of salmon, Dolly Varden char, and cutthroat trout.* 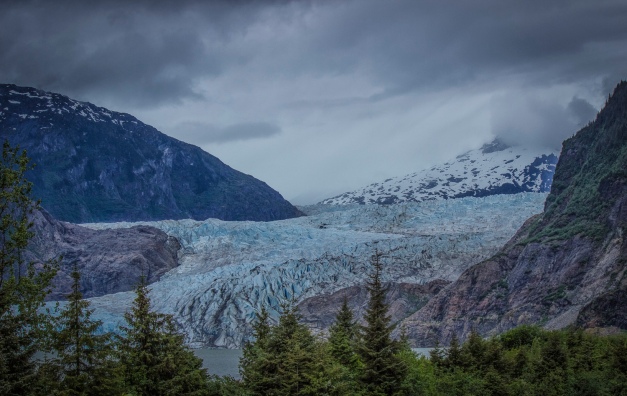 Weekly Photo Challenge: Against the Odds

16 comments on “WPC: Against the Odds”